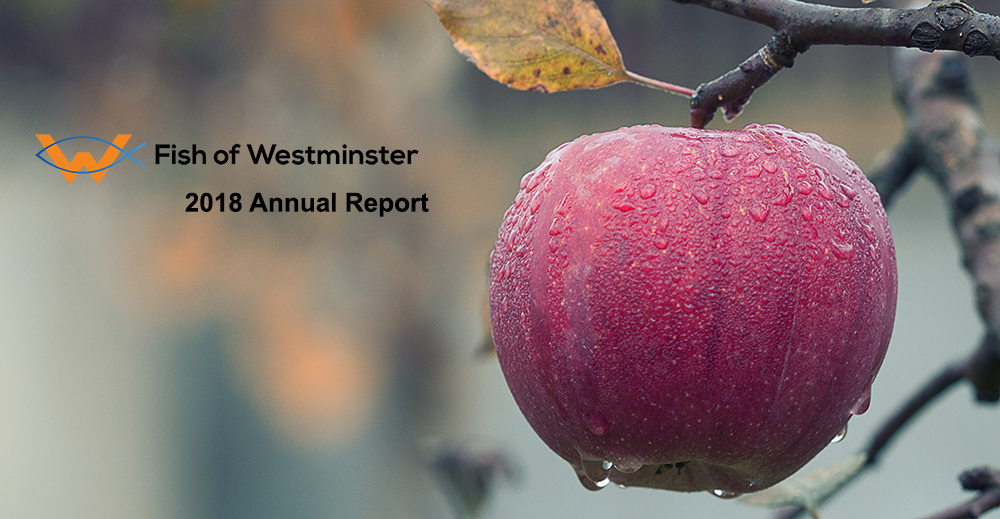 FISH OF WESTMINSTER was established in 1970 by a group of Westminster Christians, called to express their love and concern for their neighbors. In the early days, FISH was the emergency service referral network for the entire city. As the city grew and matured, and more social services became available, FISH evolved in two neighborhood food pantries – one at Westminster Presbyterian Church (WPC) and one at Westminster United Methodist Church (WUMC).

According to the Food Bank of the Rockies, there are currently 39,090 food insecure (people who lack consistent access to enough food for an active, healthy life) people in Adams County.

In 2017, FISH of Westminster invested in maturing as a community organization – enhancing or developing new partnerships within the community, establishing an Internet presence, and developing effective communication tools.

2018 saw the results of these efforts including:

FISH of Westminster is an entirely volunteer organization with volunteers ranging from 6 years old through 90 years old. These volunteers make it possible to keep our doors open. The 65 volunteers donated 11,500 hours last year.

The primary funding sources for FISH of Westminster in 2018 were:

Two annual fundraisers, open to the community, were also sponsored. The first, a Spring Afternoon Tea, took place in the library at WPC. The second, a Pancake Breakfast, was hosted by the Westminster Applebee’s Restaurant in September.

Thank you to everyone who has supported FISH of Westminster, Inc. throughout 2018!

FISH of Westminster, Inc. is a proud partner of the Food Bank of the Rockies. 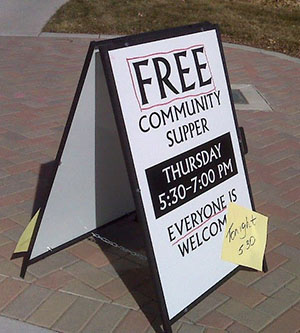 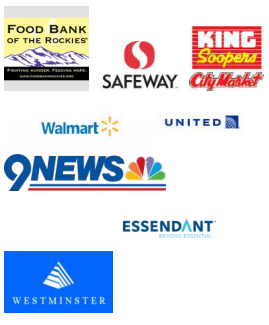 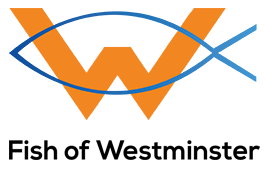 We are a 501(c)3 non-profit made up of two food pantries with a focus on improving the quality of life for our neighbors in Westminster. We provide emergency food to hungry seniors, adults, and children in Westminster, Colorado. Contact Paul Langley plangley12672@aol.com 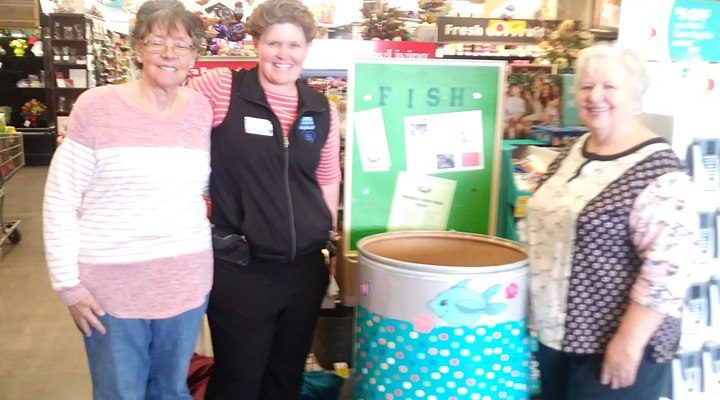 In accordance with Federal civil rights law and U.S. Department of Agriculture (USDA) civil
rights regulations and policies, the USDA, its Agencies, offices, and employees, and institutions
participating in or administering USDA programs are prohibited from discriminating based on
race, color, national origin, sex, disability, age, or reprisal or retaliation for prior civil rights
activity in any program or activity conducted or funded by USDA.

Persons with disabilities who require alternative means of communication for program
information (e.g. Braille, large print, audiotape, American Sign Language, etc.), should contact
the Agency (State or local) where they applied for benefits. Individuals who are deaf, hard of
hearing or have speech disabilities may contact USDA through the Federal Relay Service at
(800) 877-8339. Additionally, program information may be made available in languages other
than English.

To file a program complaint of discrimination, complete the USDA Program Discrimination
Complaint Form, (AD-3027) found online at:
http://www.ascr.usda.gov/complaint_filing_cust.html, and at any USDA office, or write a letter
addressed to USDA and provide in the letter all of the information requested in the form. To
request a copy of the complaint form, call (866) 632-9992. Submit your completed form or
letter to USDA by:

This institution is an equal opportunity provider.